During the first nine months of this year, 739,663 overnight stays were counted on Brac island, which is almost 45% compared to the same period last year.

Coronavirus, as in other Adriatic tourist areas, first prevented the arrival of new guests and then dispersed the existing ones. As a result, there were exactly 103,193 of them on this island.

Statistically speaking and measured by the number of overnight stays, the biggest loser among Brac’s resorts is Bol, where only “skinny” 39% were achieved compared to the first nine months of 2019, which makes only 222,351 overnight stays.

This is significantly below the county average of 46% of realized overnight stays.

In Bol, the hotels failed the most, because, for example, “Borak” did not open its doors to potential guests at all, while after the departure of Austrian tourists in the second half of August, “Bretanide” was the first to push the key into the lock.

On the other hand, if this tourist year had been “normal”, it would have been said that the tourist offer of the only town on the south coast of the island lacks hotel beds, especially those with the highest number of stars, and there is no new construction in sight.

Without quality hotel accommodation, Bol will lose pace in the increasingly demanding European tourist market. And the situation with air transport at the time of the pandemic did not go hand in hand with Bol’s tourism, because in recent seasons some guests arrived by “air highway”.

The tourist traffic light in Supetar stopped at 236,206 overnight stays by the end of September or 45% of last year’s. Unlike Bol, in Supetar, the hotel picture was completely different.

Thus, the company “Svpetrvs hotels” registered 101,000 overnight stays and is the first on the island to have such a number. Most guests were from Croatia, followed by Germany, Poland, Slovenia and Hungary.

Part of the traffic was certainly realized in other places that administratively belong to Supetar, namely Mirca, Splitska and Skrip.

A pleasant tourist surprise this year is Milna, the central place on the west side of Brac island, which ranks just behind Supetar and Bol in terms of the number of overnight stays and “skipped” Postira and Sutivan. In Milna, almost 77,000 overnight stays were registered or 50% compared to the first nine months of 2019.

Most overnight stays were realized by domestic guests, followed by Germans and Poles. Tourists stayed in this Brac resort for an average of seven and a half days. 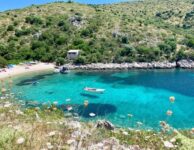 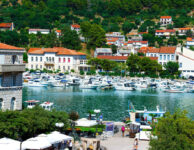 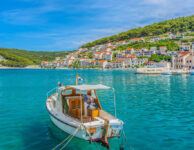 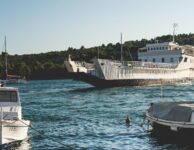