If you are looking to spend your holiday or to live on an island, Croatia is something you should check out, the country has about 1200 islands, islets and rock formations, of those 79 are classified as islands larger than 1 km2. About 50 of the islands are inhabited and about 40 has a scheduled ferry or catamaran connection to / from the mainland.

Flying to the islands is not really an option, since ECA (European coastal airlines) stopped operating Seaplane to some of the islands. Nowadays the only Island which has an airport big enough for smaller commercial planes is the one on Island Brac, all the other Island can only be reached by ferry or more exotic means of transportation.

In terms of visitors these are the most popular islands in Croatia, as you can see they are located in different regions along the Croatian coast. The type of visitors and nationally interestingly vary from island to island, e.g. island Hvar is the preferred island for the Brits and the Americans, mainly younger people. Whereas Krk, Losinj and Cres in the north are mainly visited by German and Austrian families. 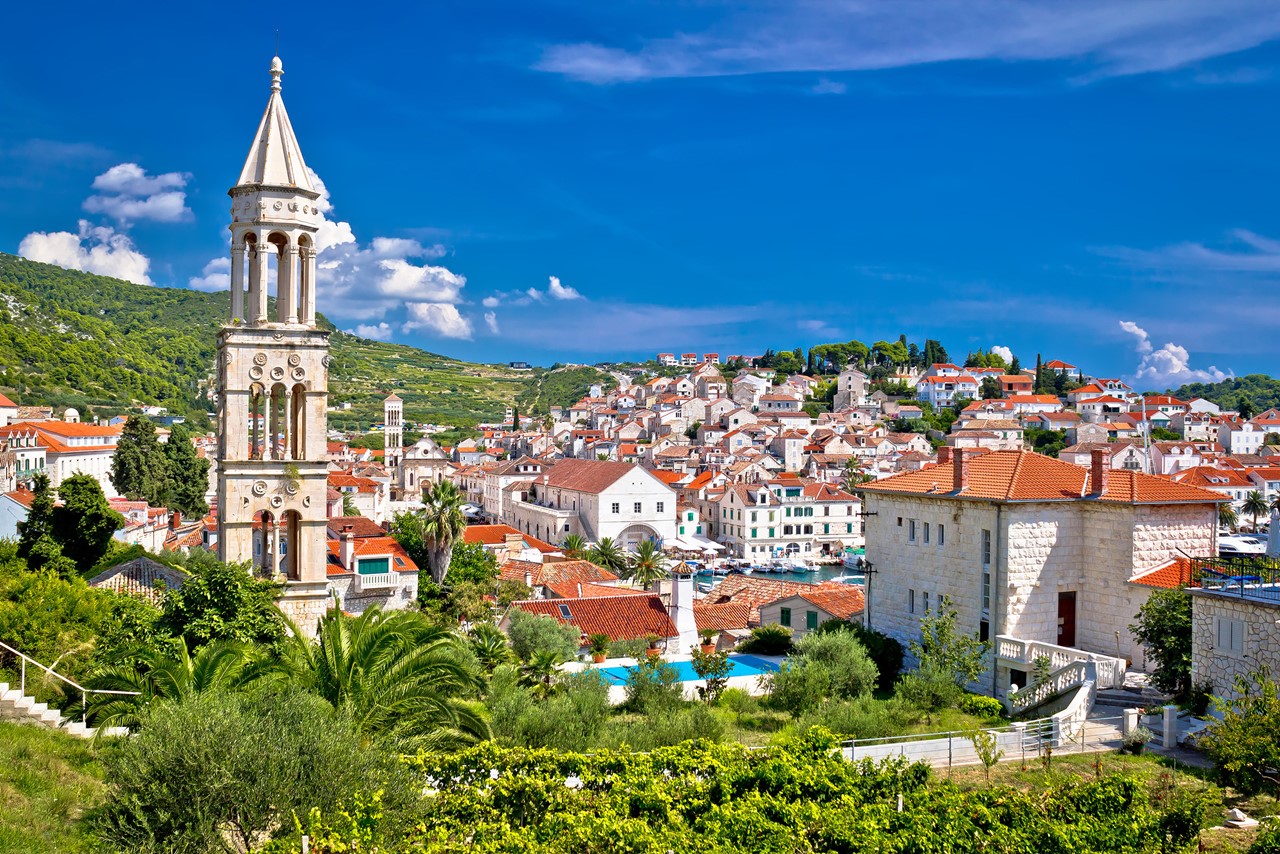 As mentioned above a majority of Croatian islands are very small, actually +90% is less than 1km2 in size, but there is of course also an island which has a considerable size, majority of the inhabited island has a population density below the country average of 73 per Km2. The Island with the highest population density is Island Murter. Below you have the 10 largest Islands based on surface. The two biggest Islands Cres and Krk are in a constant battle for position number one. Some sources claim Krk to be the biggest, others claim island Cres is the bigger one, anyway it is a close call 🙂 The Islands in Croatia are not known for their wild nightlife, majority of Island are great places for a relaxing holiday. However, there are a few Island places that are known for their decent nightlife.

On most islands, you will find great places to hang out during the evening hours, but wild disco nights are something you will have to live without during your island holiday! A holiday in slow-paced surroundings is what most people would consider a great place for a family holiday. Islands with those features are plentifully available in Croatia, below we have randomly listed the Island we find most suitable for a relaxed family holiday. As mentioned above there are around 50 inhabited islands in Croatia. The population on most of the Island has been decreasing for many years, especially on very remote islands. The most populated island is Krk with close to 20.000 inhabitants, the least populated is Mala Srakane, which has a population of just 2 people. Below you can see a list of inhabited Croatian islands divided into regions Dubrovnik, Split, Sibenik, Zadar and Rijeka Kvarner.

On the map you can see all inhabited islands, many of which you probably already know. But there are also smaller and more exotic ones. You can use the menu on the map to enable and disable islands in different regions of Croatia.