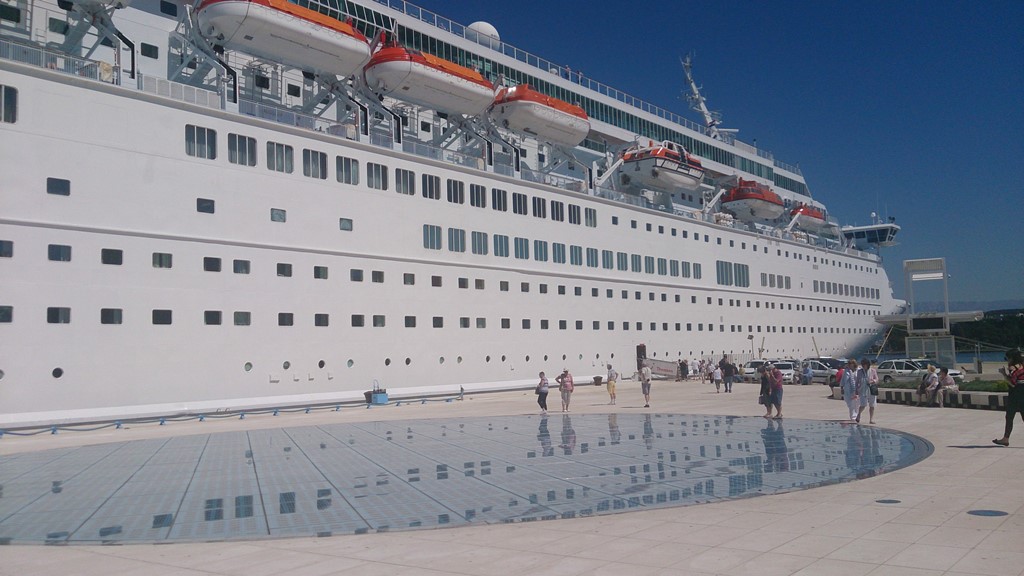 Zadar is a historical town in central Dalmatia which is very popular among tourists. That is why it is perfectly connected to almost all the islands in the Zadar archipelago and there is a connection with Ancona in Italy. Most of the ferry connections are now operated from the ferry terminal in Gaženica, located south-east of the old town of Zadar and its main ferry port. There is a port authority building in the port, but not a lot of facilities.

The old port of Zadar is now left with a few catamaran connections and a ferry line for Italy.

The main bus station is between the Gaženica ferry terminal and the old town (3.5 km from Gaženica and 2 km from the old town).

Getting to and from the ports in Zadar

If you’re staying in Zadar and if you want to reach the islands of Ugljan, Dugi Otok, Iž, Molat and so on, here is how you get to the ferry terminal and the other port near the city centre from different parts of the town:

If you’re staying in the centre of Zadar, the catamaran port literally minutes away from most of the historical sights, so you can easily walk there. However, if you want to reach the ferry terminal Gaženica, you have to first take a bus number 2 or 4 to the main bus station in Zadar and from there take a bus number 9 to Gaženica ferry terminal.

If you’re staying in Diklo or Borik, you have to take a bus number 8 to the main bus station and from there take numbers 2 or 4 to reach the catamaran port in the centre or the bus number 9 to reach the ferry terminal in Gaženica.

The bus ticket is around 10 kn = a little bit more than a euro and the buses run from early morning to the late evening.

From all the three parts of the city mentioned above you can also take a taxi which won’t cost you a lot since it’s a quite a short distance.

If you’re staying outside of Zadar, for example in Petrčane (12 km from Zadar), there are regular bus lines between the main bus station in Zadar and Petrčane. The ticket is only a few euros.

Getting from Zadar airport to the ports

The airport of Zadar – Zemunik is around 10 km from Gaženica ferry terminal and 12 km from the catamaran port. Once you land, you can take a pre-booked transfer (which will cost you around 20 euros) or take a taxi.

There are also shuttle buses running from the airport towards Zadar – the main bus station. From there take numbers 2 or 4 to reach the catamaran port in the centre or the bus number 9 to reach the ferry terminal in Gaženica. The ticket for the shuttle bus is around 25 kn = 3 euros and the trip to the main bus station in Zadar takes 15 – 20 minutes.

If you want to read more about transportation from the airport to the ferry terminal, you can click on this link https://getbybus.com/en/blog/airport-bus-zadar/:

Getting from other destinations in Croatia and Europe to Zadar ferry terminal/catamaran port:

Zadar is very well connected by regular or seasonal bus lines to many Croatian and even some European destinations. As mentioned above, the main bus station is located between the catamaran port (2 km) and the Gaženica ferry terminal (3.5 km). Click on this link to see the exact location

You might also want to choose to travel by car and you can choose both the highway or the coastal road. When you enter the city of Zadar, depending on where you want to go – Gaženica ferry terminal or the catamaran port (located right in the centre), you simply follow the signs for them and you’ll find it without a problem.

The port near the centre of Zadar is located on a peninsula where the old city core is, so most of the historical sights are nearby, just as the other facilities such as bars, restaurants, shops, a post office, a ticket office, ATM-s, etc.

On the ferry terminal Gaženica you however won’t find many facilities.