On Friday, 31st of July, Jadrolinija will introduce catamaran Jelena that will be operating the Zadar – Ancona high-speed line 5 times a week. The line was introduced after the Rijeka shipping company temporarily suspended the Zadar – Ancona ferry line due to a reduced number of reservations.

According to the sailing schedule for this line, the catamaran will sail from Zadar to Ancona five times a week – Tuesday, Thursday, Friday, Saturday and Sunday, departing from Zadar at 8:00 am and from Ancona on the same days at 14:00 pm.

Secretary of State Joseph Bilaver says that in this way, passengers from Italy will be able to come directly to Zadar by catamaran Jelena, the most modern ship in the fleet. The ride on the mentioned route would last only three and a half hours with the morning departure from Zadar and the evening return from Ancona. The capacity of the catamaran is more than 403 passengers, and the speed it can reach is 40 knots.

The catamaran line will be operating until the 23rd of August. When asked whether Zadar will be connected to Italy after that, Jadrolinija’s board member for operational affairs Vjekoslav Dorić said that if there is enough interest, they would continue with this until the 1st of September and in September, depending on the circumstances, they would return the ferry line Zadar – Ancona, but in combination with the line Split – Ancona. He also adds that depending on the epidemiological situation, no one knows what awaits us.

As a reminder, Jadrolinija temporarily suspended the announced seasonal ferry line Zadar – Ancona due to the COVID-19 pandemic and due to restrictive measures imposed by Italy on citizens of Bosnia and Herzegovina, Serbia and Montenegro. As a result, there was a reduction in reservations for this international ferry line. 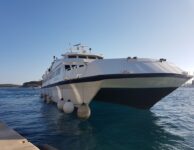 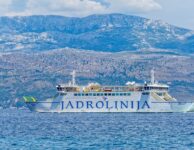 Jadrolinija: Revenues drop and new protective measures due to COVID-19 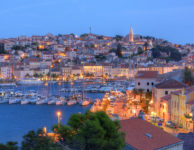