Pag island got the third hiking trail called “Mikula” for adventurous hiking in the attractive island landscape. After the trails “Sveti Jure” and “Zaton“, a new trail was arranged and marked. For all three trails, the starting point is Ledenik, an area in the far north of the town of Pag, which is a natural museum of fascinating limestone structures created by bura wind, rain and salt, and also a large fossil site.

The trail “Sveti Jure” covers the area from Ledenik to Sveti Kvirin above the medieval core of the town of Pag and passes by the remains of a Byzantine fortress from the 6th century and the remains of the church of St. George.

The second trail “Zaton” goes from Ledenik to Zaton Bay along the Velebit Channel. The third trail “Mikula” connects the Ledenik with the Cape of St. Nicholas, which is dialectally called Punta Mikula. Next to Punta Mikula are the remains of the church of St. Nicholas.

The trail passes along old dry stone walls, two well-preserved sheep pens, a fenced area for keeping sheep. Parts of the dry stone walls above Punta Mikula are presumed to have been built in ancient times. Punta Mikula was also called Punta Spasa (Cape of Salvation) by sailors. Namely, when a ship was caught in a storm, coming to Punta Mikula meant coming to the shelter for the ship and the sailors.

Right next to Punta Mikula is a large underwater archaeological site where research was conducted in 1954 and 1963. The research was continued in 2018 in cooperation with Pag town and the Archaeological Museum in Zadar and was very successful. In the seabed, just a few meters from Punta Mikula were found, among other things, luxury tableware, fine ceramics, ceramic pipes, containers for sugar production, the remains of a mule for mooring ships.

It is assumed that the bay next to the church of St. Nicholas was an infirmary, quarantine for ships coming to the port of Pag. The “Mikula” hiking trail was marked and arranged by Alan Crljenko, a mountaineer from Pag and a nature lover who also traced the “Sveti Jure” and “Zaton” trails. Crljenko rated the train as moderately demanding for recreationalists and easy for mountaineers. The time required to pass this circular path is one hour.

With the “Mikula” trail and with the already completed “Sveti Jure” and “Zaton” trails, my trilogy ends with the construction of trails in the area of Ledenik, which is like a large natural geological and paleontological museum. I believe that some more tracks will join them in the future. And something personal. As I built these trails, I often thought of the people who lived and died before us on this, at first glance stingy and barren, but at its core beautiful and precious stone. These people are our ancestors. These trails are in their memory. 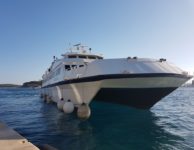 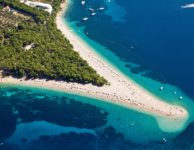 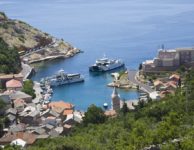 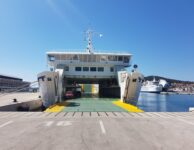 Ticket reservations cancelled due to crowds in Ploce port