Preko Tourist Board management states their satisfaction with the numbers, especially since there weren’t any cultural events Ugljan island, and people had to obey specific rules cause of the pandemic. Second half of August saw a decline in arrivals, which happened because some European countries blacklisted Croatia for their citizens. First half of August continued a positive trend from July. An increase of 7.5% in arrivals and 3% in stays was recorded at the time. Croats were the most numerous, followed by Slovenians, Germans, Polish, Slovaks, Czech Republic, Hungary, Italians and French.

As for the Losinj Island – a total of 47.283 guests visited the island in August. Most of them were situated in camps (32%), private accommodation (23%) and hotels (8.6%). Slovenia was the most common nationality (28%), followed by Germany (22%), Croatia (20%), Italy (11%), Austria (5%), Czech Republic (3%), Poland (2%) and others (9%). In 2020, guests stayed a bit longer on the island than usual. On average, they spent 8.8 days on Losinj, as compared to 7.6 days in 2019. Mali Losinj Tourist Board says they’re also happy with the number of tourists, despite Coronavirus. Similar to Ugljan, they also expect some tourists to visit the island in the postseason, especially in September and October. 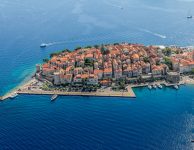 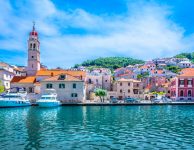