Croatian public and state sector has invested more than 650 million Euros in Croatian islands, in the past two years. According to the reports from 2018 and 2019, the majority of the money is non-refundable. Each year saw an increase in financial support to the islands. In 2018, a bit over 260 million Euros was invested, which is one fifth more than in 2017. Last year additional 100 million Euros was invested. The Ministry of Regional Development and EU Funds gathered the largest amount. Korcula island materialized 70 projects, which is the most among all islands.

When comparing the counties, Split-Dalmatian and Primorsko-Goranska lead the way, followed by Dubrovacko-Neretvanska and Zadar County. Some of the notable projects include water supply, infrastructure and investment in island roads. Additionally, financial support was given to 218 business owners in 2018. Last year that number increased to 251. The state invested about 8 million Euros to finance public island transportation. Free transport for students, pupils, pensioners and people older than 65 was given to 17 islands: Krk, Cres, Losinj, Pag, Rab, Ugljan, Pasman, Dugi otok, Iz, Brac, Hvar, Vis, Solta, Korcula, Mljet, Sipanu, Lastovo and Peljesac.

Significant amount, almost 85 million Euros was given to Croatian Coastal Shipping Agency, which is responsible for connecting islands with the mainland. Out of 53 state ferry lines, 51 had regular departures last year. 24 lines were ferry lines, 15 were fast ferry lines and 12 were regular boat lines. All together, they connected 45 inhabited and habited Croatian islands, Peljesac included.

Jadrolinija company plays a major role in the life of island residents. In 2018, they added a new ferry Jelena to their fleet, which cost almost 10 million Euros. The ferry can transport 403 passengers and 8 crew members. Jelena operated in the Split ferry area. Croatian Roads was another major investor, with almost 150 million Euros worth of investments in the past two years. Their most important projects include Peljesac Bridge, roads around Ston Town and a new bridge from the mainland to Ciovo island. 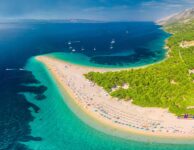 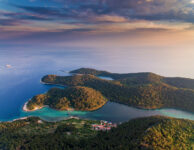 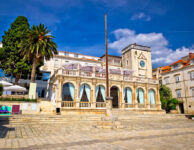 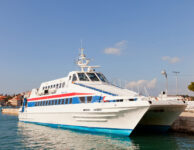