EU funds will be used to finance new fire roads, a conceptual solution for the renovation of the former primary school building into a modern presentation and education centre. Various summer schools, training, presentations and the construction of a new football and children’s playground would be held there. The construction of mini transshipment stations for waste is the current project on the island of Rava, which was visited by Zadar Mayor Branko Dukić during a pre-election walk last week.

The project of arranging the building of the former local school, which was assigned by the City of Zadar for the use of LAG Mareti, is especially valuable.

EU funds for the development of public and social infrastructure on the islands in order to improve the quality of life of the island population are provided for the rehabilitation of the building of the Municipality of Mali Iž. This project worth more than one million kuna is aimed at arranging a modern Tourist Information Center.

Mayor Dukić talked with the representatives of the Local Board about the imminent start of works on the rehabilitation and reconstruction of the waterfront in Komoševa Bay. This will be done with the support of the Ministry of the Sea, Transport and Infrastructure. In Mali Iž, a construction project will soon follow on the expansion of the local cemetery, for which the property and legal settlement of real estate that is included in the scope of the project are being carried out.

In Veli Iž, the topic was a potential project for the construction of a solar power plant on the island of Iž, for which there is interest from the local community, the City of Zadar and the Croatian Electric Power Industry.

Also, with the representatives of the Municipality of Veli Iž, it was agreed to start work on the rehabilitation of the promenade in that place for which the City of Zadar through a tender of the Ministry of the Sea provided funding in the amount of 200,000 kuna. Works on the arrangement of the local road, in which the well-known race Iška kraljica is held, have also been completed. A unique event that best depicts the creativity, but also the entrepreneurship of the islanders.

Investments in the landscaping of the port, coastal belt and playground

The most valuable investment this year in the port infrastructure on the islands in Zadar archipelago, worth more than one million kuna, is the rehabilitation of the port of Krijal on Premuda, which is being carried out by the County Port Authority. The planned works will repair the existing damage to the piers and breakwaters and ensure the safe acceptance of the mooring of smaller ships. In cooperation with ŽLU, the City has also provided funds for the project of arranging a berth for boats in the Brgomul bay in Brgulje, and works are underway on the rehabilitation of the 1.5-kilometre-long promenade on Silba.

The local beaches on Olib and Molat this season will be protected by floating fences to prevent boating.

As of this year, Olib has a new grass football field measuring 40 x 20 meters, on the arrangement of which around HRK 400,000 has been invested. The playground will be maintained by the local board of Olib by mowing and irrigation and used for recreation and organization of sports competitions.

Waste collection on the island

With mini transshipment stations on the islands of Rava and Iž, the same projects are being prepared for Premuda, Ist. Also, the Fund for Environmental Protection and Energy Efficiency, approved co-financing the removal of 11 waste vehicles from Premuda. With an authorized person for asbestos waste management, 11.54 tons of illegally discarded construction waste containing asbestos was removed from the illegal landfill on the island of Silba. 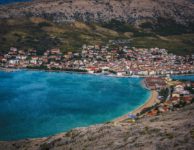 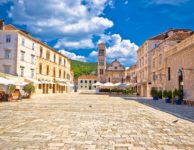 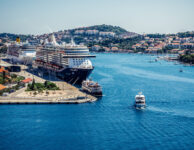